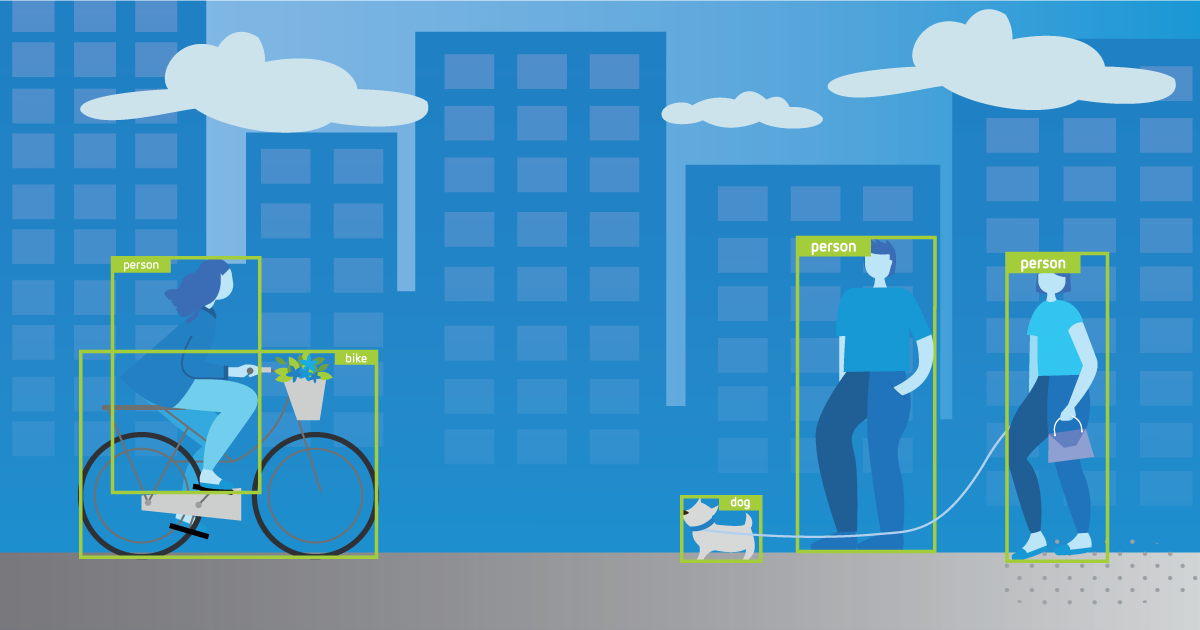 This blog is associated with object detection and the use of TensorFlow, TensorFlow Lite (CPU & GPU), and ML Kit on Android devices. It facilitates us in detecting, locating, and monitoring an object from a photo or a video along with real-time item detection.

What is Object Detection?

It is a Computer Vision technique that can detect and locate objects from the given image or video. The object detection model can identify a set of objects present and provide information about their positions within the image.

TensorFlow is an open-source end-to-end platform for creating Machine Learning applications. It is a symbolic math library that uses dataflow and differentiable programming to perform various tasks focused on the training and inference of deep neural networks. By using it we can create machine learning applications using various tools, libraries, and community resources.

What is TensorFlow Lite?

TensorFlow Lite is TensorFlow’s lightweight solution for mobile and embedded devices. It let you run machine-learned models on mobile devices with low latency, so you can take advantage of them to perform classification, regression, and other things.

What is an ML Kit?

ML Kit is a cross-platform mobile SDK used to implement ML techniques in mobile applications by bringing Google's ML technologies, such as the Mobile Vision, and TensorFlow Lite, together in a single SDK. It offers both on-device and cloud-based APIs.

Three approaches we are going to use for Object Detection:

How to use the camera of an Android device?

First of all, we need to add camera and internet permissions in the AndroidManifest.xml file along with uses-feature.

For all three concepts we will use the CameraX library of Android.

Uses-case based approach of CameraX:

1. Preview: To get the real-time image on the display.

2. Image Analysis: You will get frame by frame luminosity of the image. It will help you send the data to ML Kit for machine learning and related image analysis tools, such as object detection.

3. Image capture: You can capture the image in high quality and save it.

For using CameraX in Android applications you need to add the following dependency in build.gradle (Module: app)

The important motive is that for the use of protobuf models it's obligatory to apply TensorFlow Framework rather than TensorFLow Lite.

For using TensorFlow in Android applications you need to add following the dependency in build.gradle (Module: app)

There are three steps for setting up TensorFlow in our project:

1. Load your TensorFlow library in a separate class or in an activity where you want to perform object detection.

Before creating an instance of the TensorFlowInferenceInterface class we need to create some constants. They are as following:

2. Create an instance of TensorFlowInferenceInterface which is a class responsible for making an inference, that is, a prediction.

3. Now we create a function that takes bitmap as an input and stores the result of the model into the output array.

Here, a bitmap is converted from frames that are extracted from live camera feed or static video.

So this output array contains all the detected objects from a particular image which can be used to draw boxes over the detected object. To draw, utilise the Canvas class from the android.graphics package, which creates a rectangle on the overlay layout using coordinates for exact positioning.

Why use TensorFlow Lite?

There are two ways we can detect objects using TensorFlow Lite:

1. First, we need to create an instance of class ObjectDetector which is a class responsible for detecting objects from images.

2. Now we create a function to run object detection on a particular image. For that first we need to convert the Bitmap image to TensorImage and then call the detect() method of ObjectDetector for detecting objects.

There are many advantages of using GPU acceleration such as:

Now, we will learn about how to use the GPU backend using the TensorFlow Lite delegate APIs on Android.

1. First, we need to create an instance of the Interpreter class, which is responsible for object detection.

loadModelFile() method is used to load a model from assets folder in Android.

2. Now we need to create a function that provides output with an array of detected objects.

Our tflite model returns multiple outputs hence we need to use the runForMultipleInputsOutputs method with a map of arrays to store the results.

3. Draw the bounding boxes on the bitmap with the coordinates we got from the results, we can also display the object names which are defined as classes in the output array.

ML Kit is a part of Google’s Vision APIs, which has widely used ML models including Object detection. You can directly use ML kit’s default model for object detection as described here or use your custom tflite model, which we are going to implement here.

2.Now to detect an object we need to pass an image to the ObjectDetector instance’s process( ) method.

If the process() method succeeds, a list of DetectedObjects is passed to the success listener.

To sum up, these properties help to label every object and to draw bounding boxes over the detected objects.

And that’s about it! These are the ways we can implement Object Detection on Android mobile devices using three different ML libraries: TensorFlow, TensorFlow Lite, and ML Kit.