This is a follow-up article of the previous blog which covers the general high-level architecture of Artificial Neural Networks and the basic overview. You may consider referring to the previous article to get aligned with the discussion of this article.

The concept of understanding how Artificial Neural Networks(ANN) actually work on solving real-life problems can be scary to understand at first. It’s fascinating to see how it extracts the pattern from the input data and maps it with the correct target labels. This is the ideology behind the working of neural networks. The key idea is to explore the feed-forward propagation in a neural network and for this particular blog, backpropagation is considered out of scope.

What are the different layers in NN? 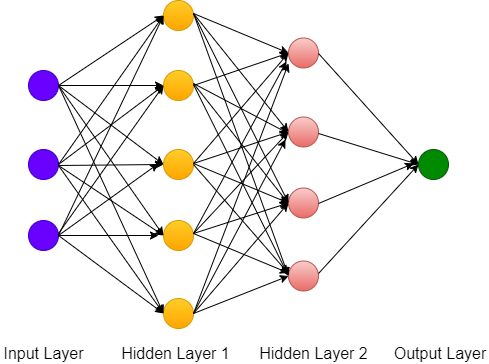 What are weights and biases in NN?

What is the activation function?

The Fundamental Equation of Straight Line

The process in which information flows forward from one layer to another in a sequential manner is called forward propagation. To understand it more visually, let’s take a look at the following example of what’s really happening at the node of a single neuron. This understanding would give us a clear picture of forward propagation. In our case the activation function f(x) is going to be sigmoid i.e., S(x).

This example can be further extended to all the neurons that are the part of learning in a neural network.